Award-winning author Daniel Mendelsohn will describe his search to discover the fates of family members who perished in the Holocaust at the inaugural Jewish Genealogy Lecture, Finding the Lost.

Mendelsohn, a professor of Humanities at Bard College and frequent contributor to the New York Times Magazine and Book Review, is author of The Lost: a Search for Six of Six Million (HarperCollins, 2006). The poignant history and memoir chronicles his global quest to uncover what happened to the family of his great-uncle Shmiel Jäger, who sent letters to American relatives pleading for help as the Nazis tightened their grip on Jews in his Polish town.  The Lost became a bestseller and received the National Book Critics’ Circle Award, the National Jewish Book Award, the Salon Book Award and the American Library Association Medal for Outstanding Contribution to Jewish Literature.

The new annual lecture is part of a collaboration between Hebrew College and the Jewish Genealogical Society of Greater Boston (JGSGB) that also will include a course in Jewish Genealogical Research beginning February 25, 2008 (see below).  The lecture and course are made possible by a generous grant from Harvey Krueger of New York.
Jews “Down Under”: Tracing My Australian Forebears
Judith Romney Wegner, Sunday, December 2

Judith Romney Wegner has researched her family in Australia. Her great-grandparents sailed to New Zealand as British colonists in the mid-19th century where her grandfather was born in 1867. He later returned to England. However, other members of his family moved to Australia. Judith will share the process of her research and her findings. She has used information on tombstones, newspapers, Australian Jewish Historical Society Journal articles, Australian and New Zealand Birth, Marriage, and Death records, military service records, and in one case the entire proceedings of a coroner’s inquest to discover information about her relatives.

Professor Judith Romney Wegner holds law degrees from Cambridge and Harvard Universities and a PhD in Judaic Studies from Brown. She is a life-time member of the English Bar and a retired member of the Rhode Island and American Bar Associations. Dr. Wegner has pursued two careers, first as a lawyer and later as a professor of Judaic Studies and comparative religious studies at several New England colleges. Now retired, she continues to pursue research into various aspects of Judaism and Islam. Her other passion is researching the genealogy of her ancestors, especially the Anglo-Jewish branch, who came to England from Holland before 1800.

Rabbi Tessone will clarify the term “Sephardic” and distinguish among contemporary American Sephardic communities of Spanish, Portuguese, and Middle Eastern origin. While focusing on cultural, social, and religious aspects of the various communities, he will also provide historical background. The origins and meanings of family surnames will be covered.

Rabbi Tessone is director of the Sephardic Community Program and a faculty member of the Belz School of Jewish Music at Yeshiva University in New York. Tessone is a cantor at the Ahi Ezer Congregation in Brooklyn, NY, and his album of original Jewish Sephardic pop music, Haskshiva, was released in 2006 to great acclaim.

Henry Wellisch escaped in 1940 from Vienna, where he was born. Over 20 years ago he began to investigate his family background, has concentrated his research on the Austro-Hungarian Empire and has traced his family back into the18th century. He has published numerous articles, including the section on Austria for the Avotaynu Guide to Jewish Genealogy, and has presented lectures to various genealogical groups, including the 1999 international IAJGS
conference in New York. He served as president of the JGS of Canada from
1993 to 1998.

This event was co-sponsored by the New England Historic Genealogical Society. 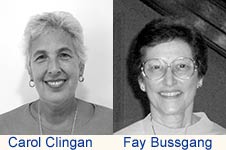 Society members, Fay Bussgang, former co-president, and Carol Clingan, vice president, will speak on An Introduction to Jewish Genealogy.  The speakers will describe the many records available locally and in Eastern Europe and how to access them, as well as the myriad of materials now available on the Internet.  They will show what gems of information they have discovered from these sources.

Keith Stokes is a direct descendant of Judah Touro, the son of the rabbi of the Newport, Rhode Island synagogue in the mid-18th century. He is the executive director of the Newport County Chamber of Commerce, and a native of Newport, Rhode Island. Mr. Stokes is a frequent national, state and local lecturer in community & regional planning, historic preservation and interpretation with an expertise in early African and Jewish American history.

The presentations will include images of early Jewish families and historic structures that still exist where they once lived, worked and worshipped. The presentation will also include images and artifacts from his own family that spans the time from 18th century Newport and Boston through 19th century Richmond, Virginia and back to Newport in the 20th century.
The Search for Major Plagge
Michael Good, Sunday, June 3, 2007

Michael Good, a family physician from Durham, CT, became interested in Holocaust history in 1999 during a family trip to Vilnius, Lithuania, with his parents to explore his family origins and hear their tales of survival during the Holocaust. During the trip, his mother told him of the mysterious German army officer, Major Plagge, who commanded her slave labor camp and saved over 250 of his Jewish workers from the murderous intent of the Nazis. She did not know what had become of the German officer. He had disappeared with the retreating German army in July of 1944.

Following this trip, Good set out to find this enigmatic officer, trying to understand who Major Plagge was and why a German officer would have acted so benevolently at a time when his countrymen were committing atrocities on a previously unthinkable scale. In his book, the author shares his parents’ stories of survival and describes his search for the man who saved his mother’s life. During this journey of exploration he built a team of camp survivors and researchers from Canada, France, Israel and Germany to answer the questions that had haunted camp survivors and their descendants for decades. Good gradually reveals the story of a remarkable man of conscience, who transformed from an early supporter of the Nazi party into a covert rescuer of persecuted Jews.

Good, the son of two Jewish immigrants from Vilna, Poland, grew up in West Covina California, outside of Los Angeles. He attended Occidental College in Los Angeles, received his medical degree from the University of Rochester’s School of Medicine and then trained in family medicine.

The Jewish Genealogical Society of Greater Boston celebrated its 25th Anniversary in 2007. We had a full day of great speakers, great food, displays of our accomplishments, and some surprises! A video DVD of Arthur Kurzweil’s talk is available to our members.

Holocaust research is an important part of Jewish genealogical research. This lecture will take you through many of the sources of information that identify the fate of individuals caught up in the Holocaust. An attempt was made to eradicate the fact that these people ever existed but, in reality, a wealth of information exists about their lives and their fate. A good amount of this information recently has become readily accessible on the Internet.

Gary Mokotoff is an author, lecturer and leader of Jewish genealogy. He is the first person to receive the Lifetime Achievement Award of the International Association of Jewish Genealogical Societies (IAJGS). He is the author of a number of books including the award-winning Where Once We Walked, a gazetteer which provides information about 23,500 towns in central and eastern Europe where Jews lived before the Holocaust, How to Document Victims and Locate Survivors of the Holocaust, and Getting Started in Jewish Genealogy. Mokotoff is also known for his application of computers to genealogy. Among his accomplishments is co-authorship of the Daitch-Mokotoff soundex system; the JewishGen Family Finder, a database of ancestral towns and surnames being researched by some 40,000 Jewish genealogists throughout the world and the Consolidated Jewish Surname Index. He is publisher of Avotaynu, the magazine of Jewish genealogy and past president of IAJGS. He is/was on the Board of Directors of the Federation of Genealogical Societies, Association of Professional Genealogists, JewishGen and the Jewish Book Council.
The History of Relations Among Jews, Poles, and Ukrainians
Antony Polonsky, Sunday, February 4, 2007

Before World War II, Poland was a multicultural nation, with a large population of Jews, mostly concentrated in certain cities and towns. In the eastern part of Poland, large numbers of Ukrainians lived, mostly in the countryside. Economically, politically, and religiously, these two major minority populations had different agendas. Alliances between the various groups shifted during different periods. Due to border changes after World War II, some parts of pre-war Poland are now in Belarus and Ukraine. Most American Jews trace their ancestry to this part of the world.

Professor Polonsky, who teaches Near Eastern and Judaic Studies, is Albert Abramson Professor of Holocaust Studies at Brandeis University and the U.S. Holocaust Memorial Museum. He is the recipient of many awards and chair of the editorial board of POLIN, a scholarly annual journal of Polish-Jewish studies. He is also the author/co-author of numerous books and articles about Jews in Poland.

Filmmaker Eileen Douglas read the book Hidden History of the Kovno Ghetto, which tells the story of the Lithuanian Jews whom the Nazis forced into the Kovno (Kaunas) ghetto when they occupied the Baltic states in 1941. Eileen’s grandfather was from Kovno, and after visiting the Holocaust Museum she began a search for details of her family’s experience in Kovno during the Holocaust. This search is portrayed in this film that she made.