Laura Arnold Leibman – The Art of the Jewish Family

Please note this date is tentative.

In The Art of the Jewish Family, Laura Leibman examines five objects owned by a diverse group of Jewish women who lived in New York between 1750 and 1850: a letter, a silver cup, an ivory miniature, a book and a family silhouette. These objects offer intimate and tangible views into the lives of Jewish American women from a range of statuses, beliefs, and lifestyles — both rich and poor, Sephardi and Ashkenazi, slaves and slaveowner. 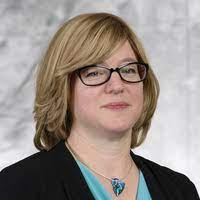 Laura Arnold Leibman is Professor of English and Humanities at Reed College. She serves on the Executive Committee of the Association for Jewish Studies, and is the author of The Art of the Jewish Family: A History of Women in Early New York in Five Objects, which won three National Jewish Book Awards. Her latest book Once We Were Slaves, which was a finalist for the National Jewish Book Awards, is about an early multiracial Jewish family who began their lives enslaved in the Caribbean and became some of the wealthiest Jews in New York.