Jeffrey Veidlinger – In the Midst of Civilized Europe: Jews and Ukraine in Times of War

Jeffrey Veidlinger’s talk will look at the historical fate of Jews in Ukraine during times of war, with a focus on the pogroms of the First World War, the Holocaust, and the Russian-Ukrainian War of 2022. 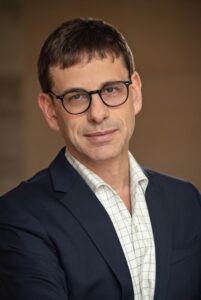 Jeffrey Veidlinger is the Joseph Brodsky Collegiate Professor of History and Judaic Studies at the University of Michigan. He is the author of numerous books including In the Midst of Civilized Europe: The Pogroms of 1918-1921 and the Onset of the Holocaust and In the Shadow of the Shtetl: Small-Town Jewish Life in Soviet Ukraine.