Forty-five years of painstaking research allowed Harold Rhode to trace his family back 2,000 years to the ancient land of Israel, Eretz Yisrael.   Rhode relied on Y-DNA analysis, documentary evidence, interviews, and family lore to discover ancestral homes in Lithuania and Sicily. He turned up a DNA connection to Maronite Christians in Lebanon, who have family traditions indicating ancient Jewish ancestry, that makes a plausible case for his family’s Jewish origins in ancient Israel.

Adventures in Baghdad 2003: Discovering Saddam Hussein’s Iraqi Jewish Archives
During the U.S. led invasion of Iraq in 2003, the Iraqi Jewish archives were discovered in the Baghdad headquarters of Saddam Hussein’s secret police. Hear Harold Rhode’s first-hand account of this discovery and rescue by U.S. armed forces, and the controversy over the future of this rare collection. 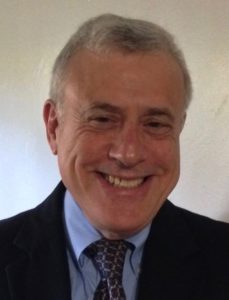 Harold Rhode worked as an analyst and advisor on the Islamic world at the Pentagon for 28 years in the Office of the Under Secretary of Defense for Policy. He has been researching his Litvak roots even longer! Rhode has written many articles and given many lectures combining DNA research, archival material and family lore. He has been active in the Jewish Genealogical Society of Greater Washington since 1982, and served as its President twice. Rhode has a Ph.D from Columbia University in Islamic History.