We will be treated to a virtual tour of the vanished Jewish world before the mass migrations of the early 20th century, as seen through never-before-shown historic stereo photographs more than a century old. These images, taken between 1860 and 1915, will be shown in actual 3-D as they were originally meant to be seen.

A Jewish universe of diversity and tradition will be revealed in its complexities and contradictions, spanning the cities of Western Europe, the shtetls of Eastern Europe and Russia, the borderlands of the Ottoman Empire, and the dusty towns of Palestine. You will be there, see what they saw, and walk with them on their migrations, through the magic of this little-known but deeply immersive form of photography. Special glasses will be provided. 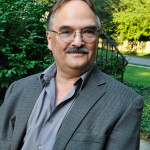 Bernard Fishman is the director of the Maine State Museum in Augusta and the founder of the Jewish Museum of Baltimore, Maryland. He has directed history museums for over 30 years, with half his career spent in Jewish museums. 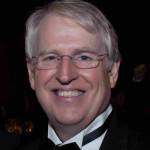 George L. Mutter is a Professor of Pathology at Harvard Medical School. He is a prolific scientist and educator, having published over 120 scientific papers, and delivered numerous invited lectures internationally.

George Mutter and Bernard Fishman are the creators of Photoarchive 3D, a digitized resource of over 30,000 historic photographs.

To view/download/print this year’s schedule, click here for the year at a glance.

3:30 pm – stay after the lecture to join the following discussion groups: