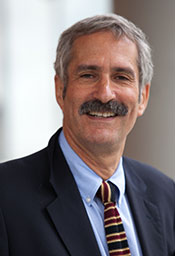 In 1921, Albert Einstein wrote a letter to the Berlin rabbis in which he observed, “I notice that the word Jew is ambiguous in that it refers (1) to nationality and origin, (2) to the faith.” Population genetics research is adding new meaning to Einstein’s view of being Jewish by showing that the history of the Jews can be seen in their genes. Jews can be said to be a people with a shared genetic legacy, but not all Jews share the same genes, nor is having part of that legacy a requirement for being Jewish. Nonetheless, shared genetic legacy can be a factor in Jewish identity that takes its place alongside those factors identified by Einstein—nationality (or group membership), the culture emanating from group membership, and shared religious belief.

Harry Ostrer, M.D., is Professor of Pathology, Genetics and Pediatrics at Albert Einstein College of Medicine and Director of Genetic and Genomic Testing at Montefiore Medical Center. He is a medical geneticist and authority on the genetics of the Jewish and other Middle Eastern peoples. Dr. Ostrer was a member of the team that recently published the results of research suggesting that today’s Ashkenazi Jews are descended from about 350 individuals with mixed Near Eastern and European ancestry who lived between 600 and 800 years ago! In other prior publications, Dr. Ostrer and his team of investigators have demonstrated that the history of the Jewish Diasporas can be seen in the genomes of contemporary Jewish people. His book, Legacy: A Genetic History of the Jewish People, was published by Oxford University Press in 2012. Copies of Legacy will be available for purchase and signing after the lecture.

We regret to report that the maximum capacity of the lecture hall has been reached. Reservations are now closed. On Nov. 2nd, persons with reservations will be seated first. At 3 pm, any remaining open seats will be filled by walk-ins in the order in which they register on-site.

The Jewish Genealogical Society of Greater Boston will be teaching an introductory course on Jewish Genealogy at Hebrew College, The Foundations of Jewish Genealogical Research. The course meets for 8 weeks on a weekday evening beginning in February 2015. For more information, go to course.jgsgb.org or contact: course@jgsgb.org.