Annie Polland – Clairvoyant Housewives, Cookbook Mavens and Other Advice Givers: the Women of the Tenement

JGSGB Members are invited to bring a friend for free to this program!

Dr. Annie Polland discusses the transition from Eastern European shtetls and cities to the crowded streets of the Lower East Side with a focus on Jewish immigrant women’s pivotal roles in both shaping their homes and New York’s growing economy.

Annie Polland, the new Executive Director of the American Jewish Historical Society, will describe the holdings of the AJHS, including its HIAS records and how we can access these and other records. 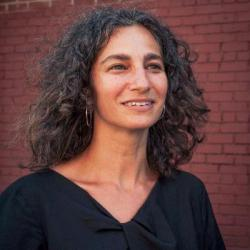 After the program, you’ll have an opportunity to find out about our Special Interest Groups (SIGs) by speaking with the leaders of the Belarus, Bessarabia, Poland, Ukraine, Litvak, and Sephardic SIGs.